Mission in a Bottle

The Story of Honest Tea 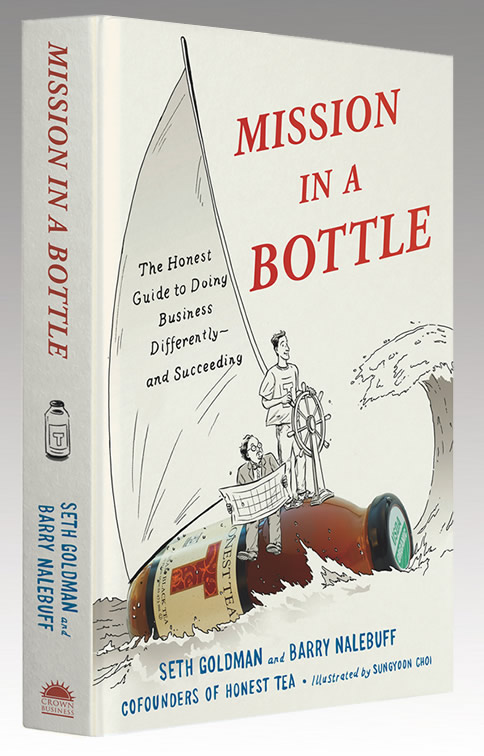 We were thirsty. We couldn't find anything we wanted to drink, so we started a company to make bottled iced tea that actually tasted like tea. Given all the beverages out there, you might think this was a recipe for disaster. You've got a professor and his former student, neither of whom had ever done anything like this. If it was such a good idea, why hadn't someone—someone who actually knew something about the beverage industry—already done it? The truth is, we stumbled quite a bit and ultimately succeeded both because of, and in spite of, our ignorance.

We created this book for much the same reason we founded Honest Tea; we wanted a book that we wish we could've read before we started out. And we want to prepare you for what to expect. We experienced countless rejections, sleepless nights, and close shaves with our life savings and even Seth's life. While this is a story about building a brand, it's also a story where life gets in the way. We share some of the personal struggles any entrepreneur inevitably faces while trying to balance the demands of raising a company and a family.

One reason we survived is we had the big picture right. That wasn't an accident. We'll take some trips to Barry's MBA classroom to illustrate how economic principles helped guide our decisions. 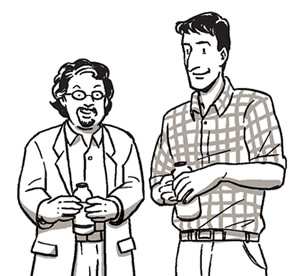 We'd like to think this isn't your typical How I Built My Business book. For starters, it looks like a comic book. We designed the book this way because we wanted the story to come alive. You get to share in our journey, meet some colorful characters, and not take us too seriously.

What's Your Mission? If you're seeking a career with purpose or simply want to learn how Seth & Barry did it, order Mission in a Bottle now. 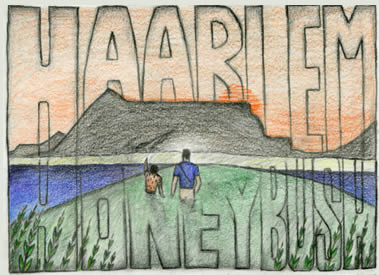 In Chapter 40, Haarlem Honeybush, Seth and his son, Jonah, visit a South African cooperative from where Honest Tea sources its honeybush. In this addendum, Jonah shares his perspective on this special trip. Graphics and copy by Jonah Goldman.
View

How did we do it? Check out the Mission in a Bottle book trailer to find out.
Watch

"Seth and Barry have translated the wild, often lonely entrepreneurship adventure into a completely candid and accessible must-read for anyone interested in starting or growing a business. Like their beautiful drinks, this book is truly and refreshingly honest."
- Gary Hirshberg, Co-founder and Chairman of the Board, Stonyfield Farm, Inc.

"Seth Goldman and Barry Nalebuff have crafted a rich and compelling story and told it with the perfect blend of inspiration and humility. For anybody who has started a business -- and especially for those considering an entrepreneurial path -- MISSION IN A BOTTLE is a must-read."
- Daniel Pink, author of TO SELL IS HUMAN and DRIVE 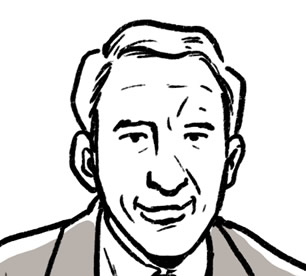 "If you run a business, work for a business, want to know how business works, or – most important – are thinking of starting a business (or if you drink iced tea or want the world to be better) READ THIS BOOK! It's a great story, and the good guys win."
- Andrew Tobias, The Only Investment Guide You'll Ever Need

"When Seth left Calvert to launch Honest Tea, I was puzzled how a bottled tea venture could be so meaningful. This book is a courageous and frank story around his inspiring example of social entrepreneurship. I read it in one sitting."
- Wayne Silby, Founding Chair, Calvert Funds 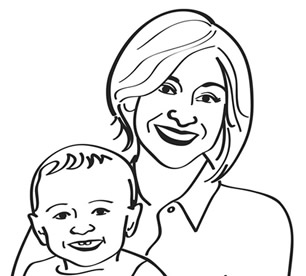 "It's the honest voice of Seth and Barry coupled with the humanity of each believable scene that truly drew me in and made it so easy to read a brilliant business book disguised as a maybe comic book. This clever graphic novel is an inspiring business adventure that brought me back to the roller-coaster ride we have been on with Happy. A must read for budding or well-rooted entrepreneurs or really for anyone interested in what happens behind the scenes at a start-up. I loved it!"
- Shazi Visram, Founder and CEO of Happy Family 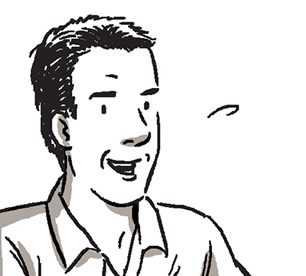 "Seth and Barry have a great story that translates into a fun and educative read. The depth and sincerity is clearly transmitted. I believe the book truly serves as a guide and will be much enjoyed by students and entrepreneurs alike."
- Tom Szaky, CEO TerraCycle

"It takes equal parts audacity, creativity and vision to build a product and organization and Mission in a Bottle is about embracing and learning from failures with purpose as your North star. The playful graphic novel is a must read for anyone interested in social change regardless of the industry or sector they choose to pursue."
- Darell Hammond, New Your Times bestselling author, KaBOOM! A Movement to Save Play

"Inspiringly honest. As a serial entrepreneur in impact investing, I found great insight in this fresh story of two humble guys building an important brand with integrity. Honest Tea failed forward in lots of little and sometimes big ways, but was built with the tenacity and patience to survive and thrive through it. This is a story for every entrepreneur, not just those working to better people and planet. But for those tackling the intractable issues of our world with optimism and impatience, it is a must read with fundamental learnings to reach the mountaintops even though the road is often hard and unclear."
- Tim Freundlich, Co-founder ImpactAssets, Good Capital, Hub Bay Area and SOCAP

"The story of Honest Tea was compelling and highlighted the ability to do good and make money—not as a trendy way of doing business but rather as the only way of doing business. The graphic novel approach allowed the true essence of Seth and Barry's characters to come alive. At different times I found myself laughing, nodding yes, having an "aha" moment, and screaming 'no, don't buy the manufacturing plant!' Thanks for the journey!"
- Heidi Neck, Associate Professor of Entrepreneurship, Babson College

"Mission in a Bottle is the most enjoyable business book I've ever read... and I've read a ton of them! It's an enormously helpful book of confessions and lessons on how to create a successful, values-driven company. By using a comic-book format, Seth and Barry made it refreshingly different and fun to read. "
- Deb Nelson, Executive Director, Social Venture Network 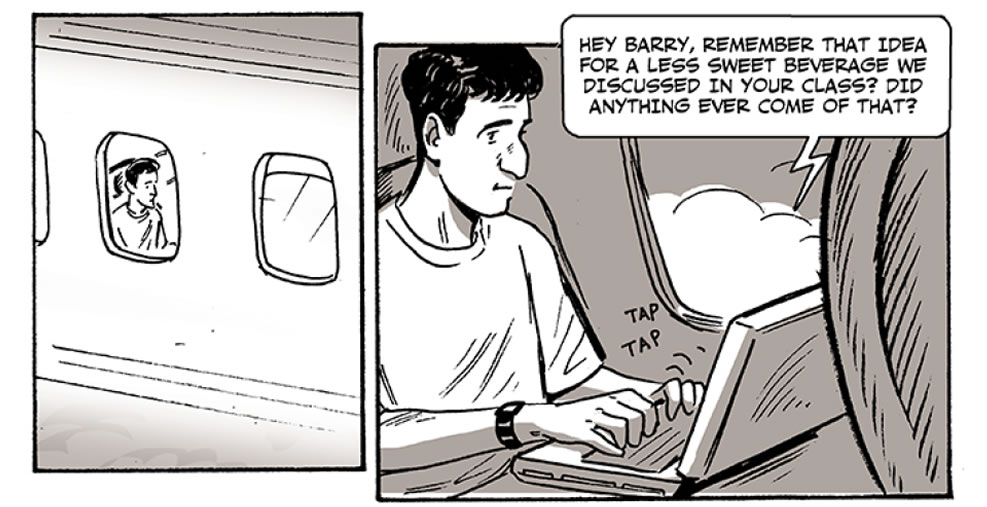 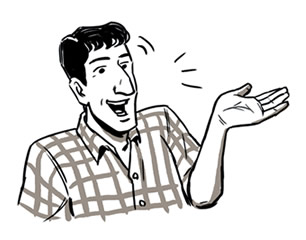 SETH GOLDMAN
Seth Goldman is President and TeaEO of Honest Tea, the company he co-founded out of his home in 1998 with Barry Nalebuff of the Yale School of Management. Today, Honest Tea is the nation's top selling organic bottled tea, and is carried in more than 100,000 outlets. In March 2011, Honest Tea was acquired by The Coca-Cola Company, creating a platform for national expansion and helping to further the reach and impact of Honest Tea's mission. Ever since the enterprise was launched out of Seth's home, the company has been a mission-driven innovator, launching the first organic bottled tea (1999) and the first Fair Trade certified bottled tea (2003). Today all Honest Tea varieties are organic and Fair Trade certified. The company continues to be recognized for its mission-driven leadership, commitment to transparency, and unconventional marketing techniques.

Under Seth's leadership, the company has initiated community-based partnerships with its Fair Trade Certified™ suppliers in India, China, South Africa, and is known for its creative marketing initiatives (The Great Recycle and The National Honesty Index) and its partnerships with TerraCycle, Arbor Day Foundation and IndoSole. In addition to being named one of The Better World Shopping Guide's "Ten Best Companies on the Planet based on their overall social and environmental record," Honest Tea was ranked by The Huffington Post as one of the leading "8 Revolutionary Socially Responsible Companies."

Seth currently serves on the boards of the American Beverage Association, Bethesda Green, Beyond Meat, Happy Baby, and Repair the World. He also serves on the Honorary Board of Directors for Montgomery County Public Schools Education Foundation, is a member of the Trust for the National Mall Advisory Council and sits on the Advisory Board of Net Impact. In 2011, Seth was appointed by Governor Martin O'Malley to the Maryland Economic Development Commission. He has also served on the boards of the Calvert Foundation, Environmental Leadership Program, Pennsylvania Certified Organic, and Somerset Elementary School Educational Foundation.

He is a frequent blogger at inc.com, TreeHugger and Huffington Post. Seth enjoys sharing lessons and insights learned from scaling a mission-driven enterprise at various conferences and events across the country. 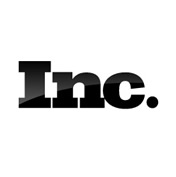 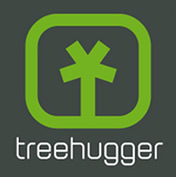 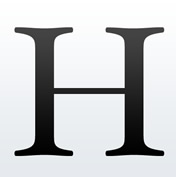 Seth is a graduate of Harvard College (1987) and the Yale School of Management (1995), and holds an honorary Doctorate of Laws from American University and is a Henry Crown Fellow of the Aspen Institute. He lives with his wife and three boys in their eco-friendly house less than a mile bike ride from Honest Tea's Bethesda, Maryland headquarters where he starred in his first (and last) rap video. 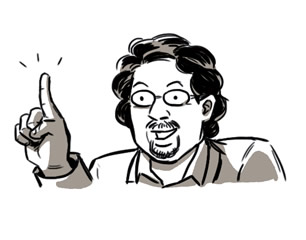 BARRY NALEBUFF
Barry Nalebuff is the Milton Steinbach Professor at the Yale School of Management. An expert on game theory, he has written extensively on its application to business strategy. He is the coauthor of five prior books: Thinking Strategically and The Art of Strategy are two popular books on game theory. Co-opetition looks beyond zero-sum games to emphasize the potential for cooperating as well as competing. Why Not? provides a framework for problem solving and ingenuity. And Lifecycle Investing introduces a new strategy for retirement investing. In addition to his academic work, Barry has extensive experience consulting with multinational firms. He serves on the board of Nationwide Insurance and advised the NBA in their negotiations with the Players Association. A graduate of MIT, a Rhodes Scholar, and Junior Fellow at the Harvard Society of Fellows, Barry earned his doctorate at Oxford University.

Barry has appeared in a variety of media. He was a columnist for Forbes (see here) and a regular commentator on Marketplace. (available here). His op-ed columns have appeared in the New York Times, the Washington Post, and on Bloomberg.com. His work on game theory and business was featured in a Forbes cover story and most recently in a Boston Globe article on the Capitol Hill "Sequester." Barry has worked with ABC PrimeTime as the co-creator and on-air expert for two hour-long specials on game theory - see Good Morning America and Primetime. 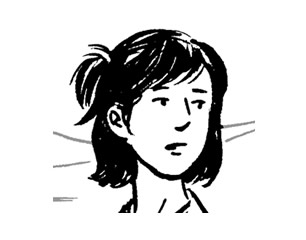 SUNGYOON CHOI - Illustrator
Sungyoon is a graduate of the School of Visual Arts where she teaches The Art of the Graphic Novel. Her illustrations have appeared in New York Magazine, Playboy, and the New York Times. She is the illustrator for American Widow (Random House, 2008) and the The Emperor Poets (forthcoming from Macmillan, First Second). 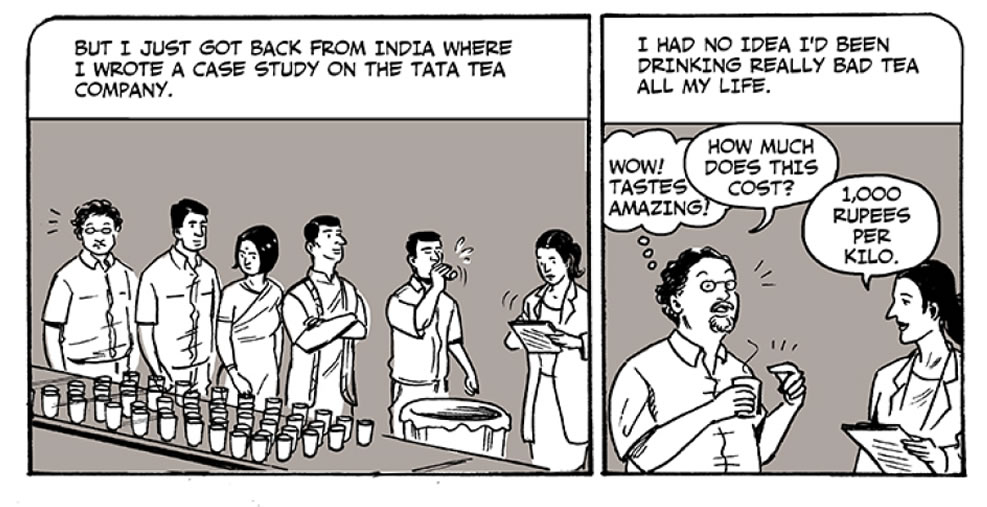 If you're interested in scheduling Seth and/or Barry for a speaking event, please contact us at missioninabottle@gmail.com.

Net Impact
Mission in a Bottle: An Honest Discussion of the Risk – and Reward – of a Values-driven Brand
September 2013
LINK

Gazette.net
A new take on the story of green businesses
August 2013
LINK

Inc.com
How We Sold to Coke--But Kept Our Soul
July 2013
LINK

If you're ready to take the next step towards creating a business that makes a difference or just want to experience the adventure from your chair, click your favorite bookstore, and buy your own copy of Mission in a Bottle. (For orders of 25+ copies, Book-Pal has the best prices.) 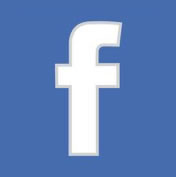 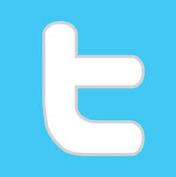 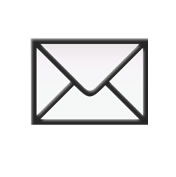